Your LOVE LIFE when you have HEARING LOSS – Paula Pfeifer 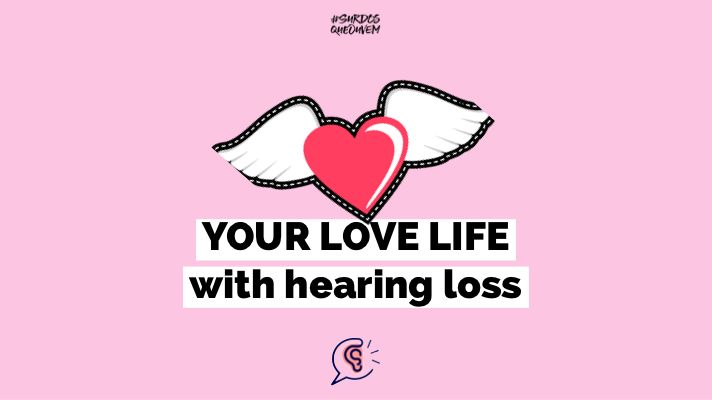 The beginning of a new love relationship can make anyone afraid. It can happen to anybody, but when we’re talking about people with hearing loss, things are far more complicated. I remember well the times when I was single and used hearing aids without speech discrimination. It was difficult.

There were many psychological issues to deal with, and they are bundled with practical matters. After all, the matter of not hearing brings out questions of self-acceptance, shame, a few humiliating moments etc. The love life of people with hearing loss is just like the life of people who can hear, but there are other issues to consider.

** I’m Paula Pfeifer, a brazilian writer. I’m deaf but I can hear with two cochlear implants and I’m married to an ENT doctor. You can read my books in english here.

To tell or not to tell, that’s the question!

You should always tell your love interest. Unless you’re dating a psychic, you cannot expect people to know your needs if you’re not clear about them.

But I get it. I have been at that moment where you fear telling someone new that you use hearing aids. Do you know that I learned? There are two reasons why we feel nervous. First, we may still be ashamed of our hearing loss. Second, perhaps that new someone does not make you feel comfortable enough so you can tell them about it.

I remember one reader who told me her strategy: “Let them fall for me first and tell them later.” This is just lacking confidence and fearing rejection. Besides, starting any relationship with lies or omissions will not increase the chances of success…

I omitted this “small detail” to one of my partners, and he felt very offended by my lack of trust in him. In another case, he started treating my badly. The truth is that I can only know their reaction after I tell them. And, as my favorite writer Inês Pedrosa said, ‘More often than we are pleasantly surprised with people. That is why I am never tired of living!”

Say you’ve gathered up the courage to admit you are hard of hearing, you use aids etc. Your partner is ok with that and your relationship was not affected. Great. Still, we know a few adaptations are indispensable.

When I could not hear, I would warn them I did not take phone calls. It was either text or nothing. The newer generations, born into messaging apps, have far fewer problems with that, because technology has evolved a lot. In the early 2000’s, this kind of thing still felt like science fiction.

Users of hearing aids have their own routine with them. Not everybody enjoys wearing them all the time. Not everybody sleeps with them. Most people won’t enter a pool with them etc. I think it’s best to be clear about your needs.

When I was wearing hearing aids, I hated that anyone touched my hair because of the noise. I would always take them off to sleep and I never so much as got close to a pool wearing them. There are things you can do, and others you can’t. It’s not up to your partner to set the rules. You decide. If there’s anything making you feel sad or embarrassed, say it!

Social engagements and deafness may prove a difficult match. No relationship can survive a lack of interactions. You will have to meet in-laws, friends, co-workers etc. It’s not that hard. I believe the secret is both people compromising a little, and both being aware of a few key points that can improve the life of those who cannot hear well.

For instance, you can choose places that are well-lit and quiet for going out, avoid dark clubs, choose subtitled films to watch, don’t expect the person with hearing loss to enjoy being in situations in which they need to pay attention in various mouths at the same time, avoid situations that may put the aids at risk etc.

Everyone who will spend considerable time with the couple needs to be aware of hearing loss. If they don’t, we will spend too much energy disguising it, too much effort to pay attention and recover from a state of alarm.

Asking “What?” needs not be an embarrassment. Intelligent couples find a way to avoid it. How? People who can hear help those who can’t in simple and sure ways: poking instead of shouting, waiting for visual contact before speaking, mouthing well and speaking slowly if necessary. Those who use Bluetooth hearing aids should try remote microfones, which makes enormous difference for the understanding of speech among noise and is compatible with various hearing aids and all CIs.

While I was writing this post, I received an email from a reader telling me that everything had gone well while she was dating her husband. After their wedding, he became insensitive: he shouts from other rooms, says she only hears what she wants, and things like that.

Everything that involves more than one person implies a compromise. Nobody wants to live with a careless person. Deafness is not a character flaw, we do not hear only what we want (even though we would not mind), we do not have selective hearing, and we hate to be tested (“Did you understand?”, “Are you wearing your aids?”). Usually, by the end of the day, we are exhausted from having spent the day depending on a device and lip reading. Many situations which are fun for those who hear are torture for us. We suffer with lack of accessibility. It’s not easy to be deaf.

One thing I find very important in a relationship is that the person with hearing loss should not feel embarrassed nor suffer embarrassments. If a deaf person did not understand what their partner said, they should ask them to repeat. And again, if necessary. What’s the problem?

Still, I see problems with partners of people with hearing loss who can be cruel, even if they’re just trying to be funny, saying things like “Pay attention, it’s so annoying!,” “I hate closed captions, it sucks to watch TV this way!,” or “What? You’re not listening? I thought you had your aids on…”

But I also see many people with hearing loss who hide behind their partners, using them as support, and playing the role of eternal victims unable to do anything. We demand a lot from those who can hear and not always we reciprocate as we should. The great secret is to find the compromise between these attitudes.

Support Paula Pfeifer’s work. She is a hearing rehabilitation activist in Brazil and she is deaf herself – two cochlear implants.

You can support here! 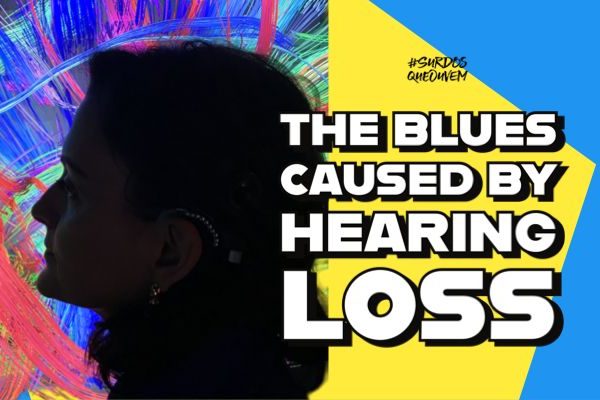 The blues caused by HEARING LOSS: a reflection 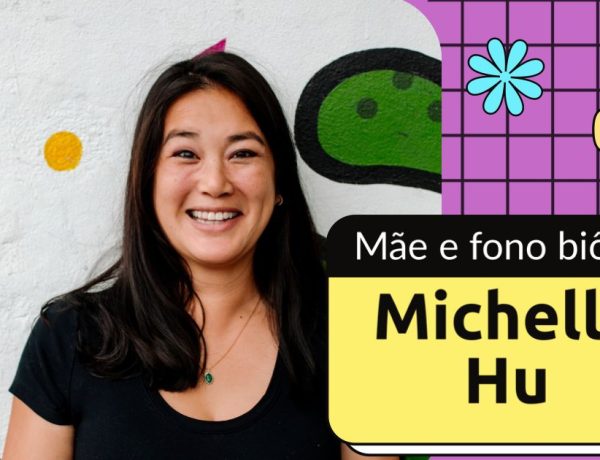 Advice for MOTHERS of deaf children: raising a kid with hearing loss

Letter to my mother: our journey through my hearing loss