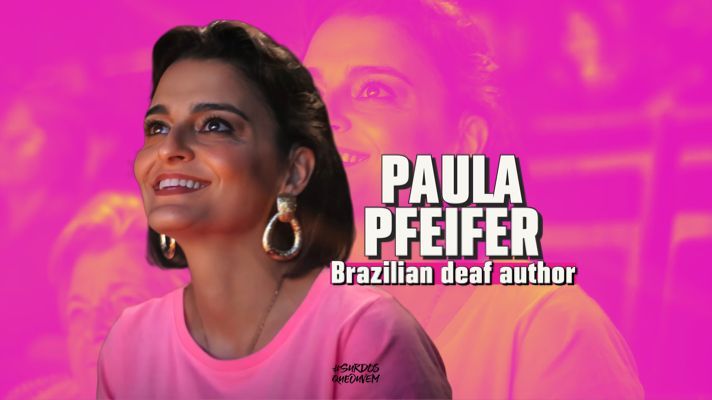 In May 2013, I told Vogue Brazil Magazine about my 30-year history of progressive hearing loss. I had reached profound hearing loss and could hear almost nothing, not even with the help of the most modern hearing aids. I’m a deaf author of three books – you can find them on Amazon – and I lead the largest online community of people with hearing loss in Brazil and Latin America.

In July of that year, I lectured in Campos do Jordão, and, at the end of the day, I went out to dinner with a group of speech therapists. My mother took a picture of me sleeping while sitting at the table – I couldn’t keep up with the conversations at all and gave up trying. When I saw that picture, I cried a lot. I was constantly exhausted and running away from social interactions, as well as isolating myself more and more. While helping people cope with their own hearing loss, I was being defeated by mine.

On the way home, I made a quick stop in the city of Porto Alegre, in the state of Rio Grande do Sul, to find out if I was a candidate for cochlear implant surgery – better known as a bionic ear: Malala has one. Since a CI is not indicated for all cases of hearing loss, it requires a series of evaluations and examinations. On 28/09/2013, I underwent surgery on my right ear. It was 47 days of silence and tinnitus until the activation of the implant (when the electrodes are turned on and the return to the sound world begins, quite slowly). I like to say that I was born on 9/9/81 and was reborn on 11/11/2013 when I was hearing again.

Hearing again was, at first, a stab in the heart, but soon it turned into a caress in the soul. The ocean of distance that existed between me and whoever was next to me no longer existed. I was able to talk on the phone again, something I hadn’t been able to do more than 15 years ago. It was wonderful to hear the sea waves again. Life was no longer a static picture that made no sense – without movement or sound – and returned to being vibrant and full of possibilities. The first song lyric I heard and understood effortlessly was “Eu sei que vou te amar” (I know I will love you), and my whole body shuddered.

On activation day, I received a message that changed the entire course of my life. An ENT doctor from Rio de Janeiro called Luciano Moreira wrote me on Facebook congratulating me on the CI surgery and saying that he was a fan of my writings. We met less than a month later, fell in love immediately, and spent a year travelling by plane to see each other. On 5/5/2014, exactly one year after our first kiss, we got married, and I moved, bag and baggage, to Rio de Janeiro.

In 2015 I published my second book, ‘New Chronicles of Hearing Loss: Cochlear Implant epiphanies“. The thrill of inspiring so many people to seek aural rehabilitation and come out of the closet of hearing loss is indescribable. I love making people feel proud of the technology that allows them to hear again because that’s very powerful and life-changing. Hearing loss is an invisible disability, so I want my cochlear implants to be beautiful, colorful, with stamps, and wonderful! In June 2015, after launching the book in Porto Alegre, I arrived in Santa Maria and noticed my mother was acting strange. That same night, she collapsed, and I had to take her to the hospital. I will never forget what I felt after admitting her to the ICU: I was able to call the emergency room, I was talking to her inside the ambulance even with the loud sound of the siren, and I solved all the bureaucratic parts in the hospital on my own. If I didn’t have a bionic ear, none of this would have been possible, and maybe I would have lost her that very night.

It was nine months between ICU and returning home. One day, isolated in the ICU, she told me: “I love you more than the world.” I thought it was beautiful and started crying. “I tell you this every night since you were little, my daughter!”. It was the first time I heard her say that to me, thanks to technology. My mother passed away in March 2016, and to this day, when the longing tightens, I look for the video of the activation of my CI on Youtube, which was recorded and narrated by her.

In 2016 I decided it was time to have a second cochlear implant. I wanted to hear the world in stereo. I underwent the surgery in Rio de Janeiro, and it was smooth. Today, I’m someone with hearing loss who hears whispering in my ear, birds, wind, the breaking of waves, and even my breathing if I’m wearing my implants. I joke that it is very nice to have an OFF button: I sleep in absolute silence and I have the option of not listening to what is unpleasant to me. My friends and my husband keep saying they feel jealous…

In 2017 I did a TEDx Talk called “The hearing deaf”. There is a lot of diversity in hearing loss, but there is still a common sense that mistakenly believes a deaf person is only someone who does not hear anything, that every deaf person is mute and communicates through sign language. Since then, my work has been based on busting all these myths and promoting awareness about the harms of untreated hearing loss. Yes, there are hearing deaf people! And our country has one of the best public policies for hearing health in the world: the Sistema Único de Saúde (National Health Service) provides hearing aids and cochlear implants for free.

In 2018, I won the Facebook Community Leadership Program for Latin America. There were more than 6500 entries from all over the world. I got access to a million-dollar fund to create and carry out a project on behalf of our online community, which today has around 20,500 members. We did events in Brazil called Conexões Sonoras (Audible Connections), a video campaign that told life stories of the most different people with hearing loss who can hear; we recognized and trained young leaders, and we made an online course for parents of children with hearing loss. The hashtag #surdosqueouvem has become a huge movement that has brought representativeness to millions of people. Recently, the WHO reported that there are 1.5 billion people with some degree of hearing loss in the world. That’s a lot of people, and unfortunately, that number is only going to grow in the coming years due to the general lack of knowledge of the global population about hearing health.

Since then, I have traveled around the world to talk about the hearing deaf. I became a member of the World Hearing Forum of the World Health Organization, and I collaborate with the Brazilian Society of Audiology. I give lectures on ableism, diversity and inclusion. I like to say that I am a Hearfluencer and I am honored when someone tells me that they started wearing hearing aids after following me on social media. I had the opportunity to talk (live and in color, and online) with hearing deaf who are in leadership positions at the world’s largest companies, such as Marne Levine (former vice president of Facebook), Vint Cerf (one of the inventors of the internet) and Jenny Lay Flurrie (Microsoft’s Chief Accessibility Officer). In Brazil, we had strong supporters of the #surdosqueouvem (#IAmDeafButICanHear) movement: Benedita Casé Zerbini, Brenda Costa, Pedro Neschling and Julia Spadaccini were some of the names who wore the movement’s t-shirt, taking up the cause to give visibility to this diversity.

The pandemic was cruel to people with hearing loss because we all need lip reading to understand what is being told to us. Overnight, the whole world started wearing masks. Imagine the impact of this – especially on children who are on literacy development. The good part is that the pandemic has revealed the lack of digital accessibility and accelerated changes. We already have free apps that generate automatic subtitles, and many brands and digital influencers have started subtitling their content.

The world is audible, noisy, and musical. Being part of it again allowed me to get in touch with all the stifled dreams I had and to make a good part of them come true. Today, the sound I like to hear the most is my 4-and-a-half-year-old son singing “More than words” with me before falling asleep. And to think that eight years ago I couldn’t even hear an airplane engine…

** This post was translated to the English by Isabella Vitoria Ramalho

Read all the posts about hearing loss 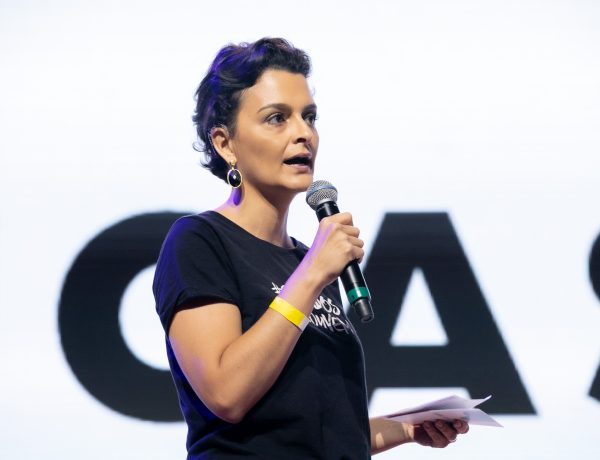 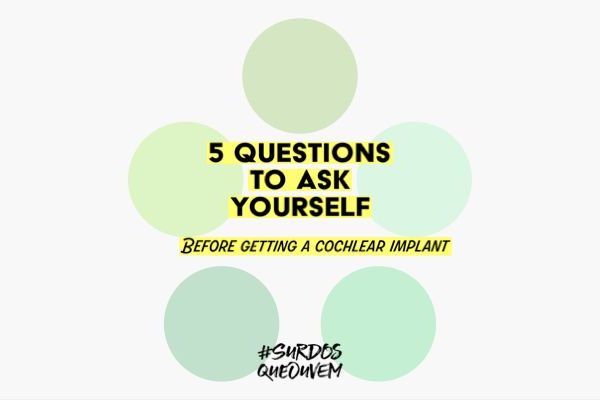 COCHLEAR IMPLANT: 5 questions to ask yourself before getting a CI Advice for MOTHERS of deaf children: raising a kid with hearing loss